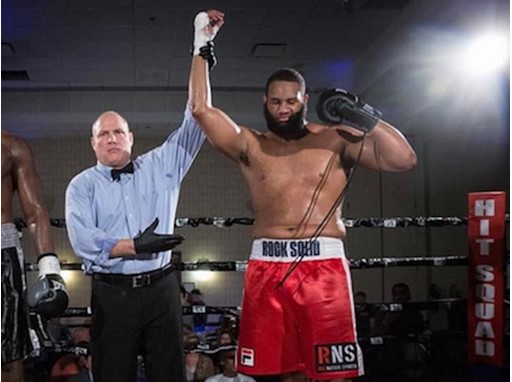 (FILA North America) - FILA sponsored boxer and Roc Nation Sports athlete Darmani Rock was back in the ring for his eighth professional fight, following his 5th knockout in January. This victory will add to his undefeated record which is now 8-0. The fight took place on Saturday, March 18, at the Mountaineer Casino, Racetrack & Resort in New Cumberland, West Virginia. The Philadelphia heavyweight fighter known as "D-Rock" took on New York native, Jon Bolden, winning in a unanimous decision.
Darmani was outfitted in custom FILA apparel and footwear for his fight, which included red silk shorts, featuring the FILA F-Box logo.