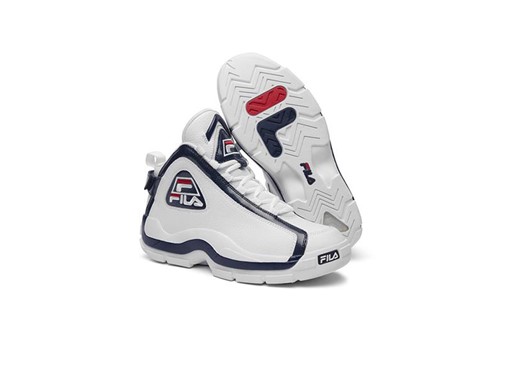 (FILA North America) – Back in 2013, FILA reintroduced their iconic 96 silhouette into the market place in its original white colorway. Since its release, the shoe has gained notoriety not just in the sneaker culture as one of the best on-court styles, but also in hip-hop culture, where it made an appearance in Tupac Shakur’s “All Eyez On Me” album insert. And next weekend, FILA will team up with Atlanta-based retailer, Walter's, to revisit their iconic silhouette.

The new OG 96 will feature details that mirror the shoe's original release from 1996. The tumbled leather upper is highlighted by a patent leather lining that extends and connects through the midsole. An important factor that continues to be featured is the shoe's cushioning system, which provides maximum support through the thick rubber outsole. The sneaker's outsole displays flex grooves and a herringbone traction pattern. FILA branding is visible on the tongue and back counter, as well as on the shoe's upper (in the form of the style's signature "96" logo). A lace-loop system assists in fitting atop a heavily padded mesh tongue.

Since the 1990’s, Walter’s has provided consumers with a large assortment of FILA footwear and apparel styles. In a world where mom and pop shops are folding left and right, Walter’s continues to be a staple in the city's culture. Jeff Walters offers some insight why a rerelease of the FILA OG 96 was warranted, explaining, “FILA has always been at the forefront for us and the 96 is just a classic shoe. In today’s market there are trends living and dying quicker than anyone can keep up. The FILA 96 will always be a respected shoe no matter what trend is inline. What better time than Memorial Day weekend.”