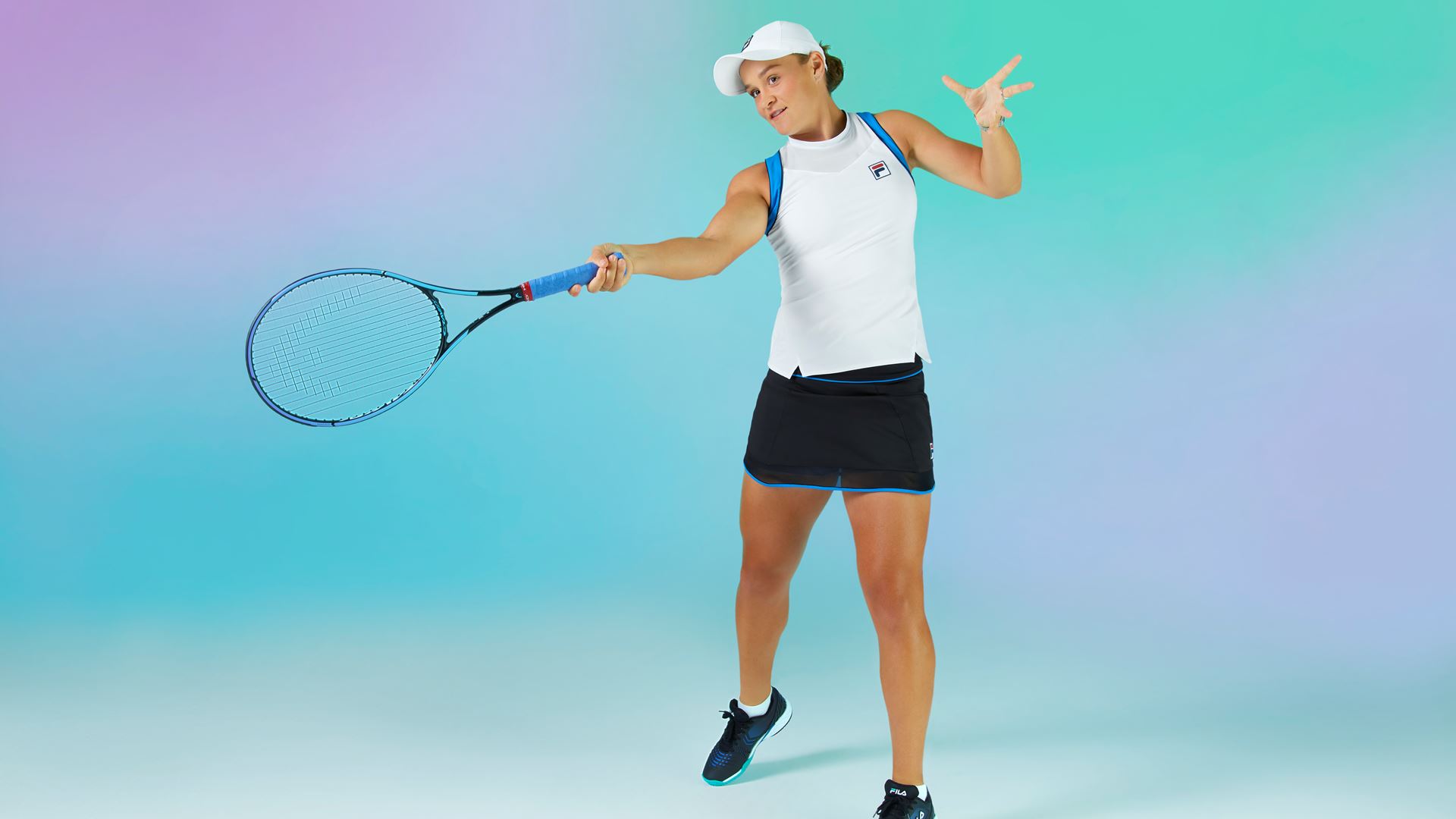 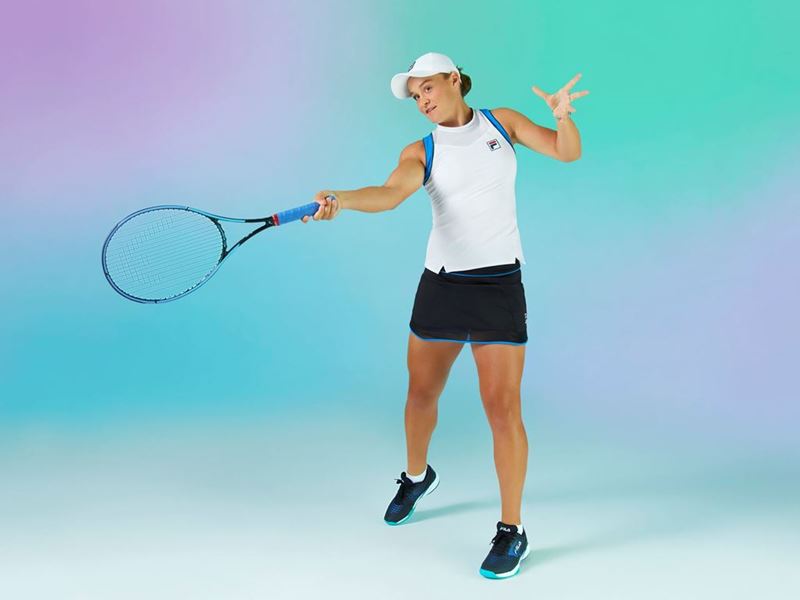 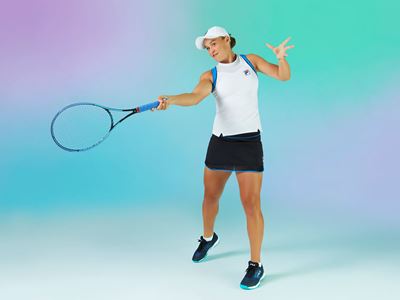 (FILA Luxembourg S.à r.l.) - When FILA sponsored athletes step on court in Paris for the year’s second Grand Slam, they will do so debuting two new standout performance tennis collections: the Celestia Point collection, which will be worn by current World No.1 and global icon Ash Barty; and the men’s Adrenaline collection, which can be seen sported on court by American John Isner.

Barty, the 2019 Paris champion, will debut the Celestia Point collection, providing an inspiring color palette of celestial blue / turquoise / black / white, perfect for staying cool under pressure on the game’s biggest stage. Barty will showcase standout pieces of the collection including a High-Neck Racerback Tank featuring illusion mesh fabric, a mock neck and mesh inserts at the front and back; a Skort with color piping down the side; and a unique black / amparo blue / turquoise colorway of the brand’s leading performance tennis shoe, the Axilus 2 Energized.

Also featured in this clay court collection will be upgraded renditions of the Cami Bank Tank, detailed with a color-blocked bodice and feminine back-strap details; the Full Coverage Tank, detailed by sleek lines and sharp turns at hexagonal hems; and the alluring Dress, rounded out by a subtle, yet defining mandarin collar finish. Available will be an additional Skort offering, the 14 inch, with contrast color piping at the waistband, built on COOLMAX CORE® technology and offered in two distinct colorways:  black / celestial blue and white / celestial blue.

ATP Tour players John Isner and Sam Querrey will look to make a statement on the clay courts of Paris wearing the men’s Adrenaline line in a sharp, decorated color palette of lavender/ black / dark grey / high rise. The collection features two classic FILA crew shirt styles: the Performance Crew, which includes piping along the sleeve for subtle detailing, and is offered in black / lavender and lavender / black; and the Vented Crew, which fashions new contrast piping at the front. For those looking to break away from the pack, the Melange Polo is a clear winner, combining a clean three button contrast color placket and a self fabric collar for unmatched comfort. The men’s Short, offered exclusively in a black / lavender colorway with convenient front welt pockets, rivals any performance tennis short on the market.

FILA sponsored tennis players will also be showcasing two new, specially designed colorways of the Axilus 2 Energized in Paris. The men’s shoe features a subtle sweep of black / white / lavender, while the women’s shoe offers a bold display of black / amparo blue / turquoise. FILA’s popular performance tennis shoe continues to propel the brand’s roster of sponsored players to unparalleled on-court success - including three of the current top ten-ranked players in the world on the WTA Tour.